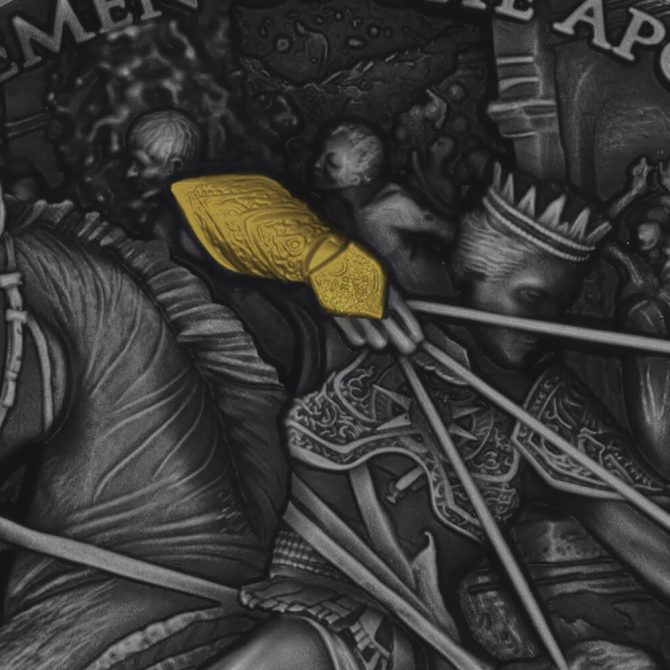 Four Horsemen of
the Apocalypse

The Four Horsemen of the Apocalypse are described in the Holy Bible, in the first part of the sixth chapter of Revelation. The chapter speaks of a scroll in the right hand of God that is sealed with seven seals, in that scenario Jesus opens the first four seals of the seven, releasing these horsemen who ride on four horses, white, red, black and yellow. According to exegesis they represent and are allegories of conquest, war, famine and death, respectively, although only the latter is designated by this name.

This series is finished.