HomeNewsRelease of Michael, the second issue in the Angels and Demons series
17
November
2022

Release of Michael, the second issue in the Angels and Demons series

This year it’s the turn of an angel, and we’ve decided to start with the most important of the archangels, Commander of all God’s army, Michael.

The reverse of the coin depicts God’s army, commanded by Michael, pointing forward with his sword in his right hand, towards the battle, while with his left hand he instructs his angels to stand still, awaiting his command. The demons flee in terror at such a scene of force from the army of heaven. 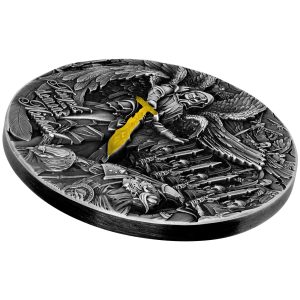 The obverse of the coin, as in the previous year, represents the dichotomy between heaven and hell, life and light on the left, darkness and death on the right, with the tree of Eden in the centre separating the two realms. On one side the tree is dry and withered and the other is flowering and radiant. As on the Lucifer coin, at the bottom centre is the coat of arms of the Public Seal of Niue. 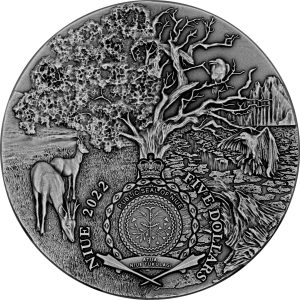