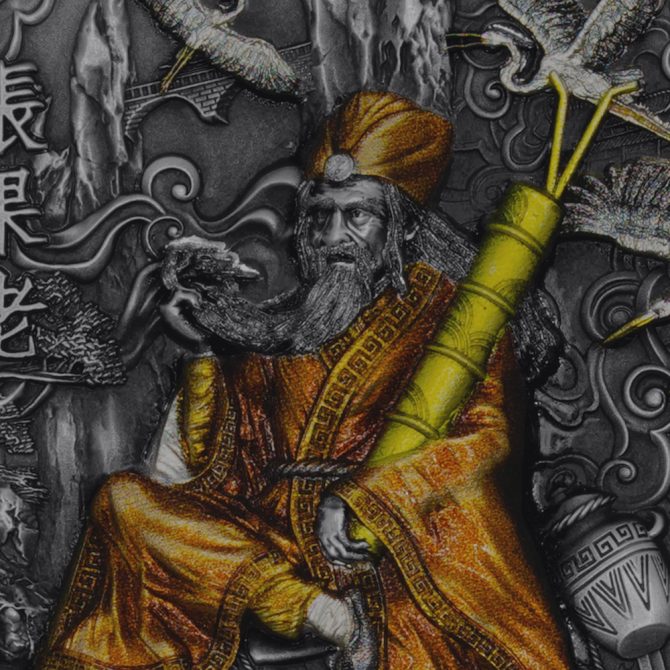 THE IMMORTAL EIGHT (八仙) are a group of legendary xian (“immortals”) in Chinese mythology. Each immortal’s power can be transferred to a vessel that can bestow life or destroy evil. Together, these eight vessels are called the “Covert Eight Immortals”.. Most of them are said to have been born in the Tang or Song Dynasty. They are revered by the Taoists and are also a popular element in secular Chinese culture. They are said to live on a group of five islands in the Bohai Sea, which includes Mount Penglai. Herons always accompany these gods, who are almost always together. The Immortals are:

He Xiangu (何仙姑), the only female of the group, depicted holding a lotus flower.

Cao Guojiu (曹國舅), related to a Song emperor before he became immortal.

Lü Dongbin (呂洞賓), a scholar and poet considered to be the leader of the Group.

Zhongli Quan (鍾離權), associated with death and power to create silver and gold.Zhang Guolao (張果老), a fangshi symbol of longevity.