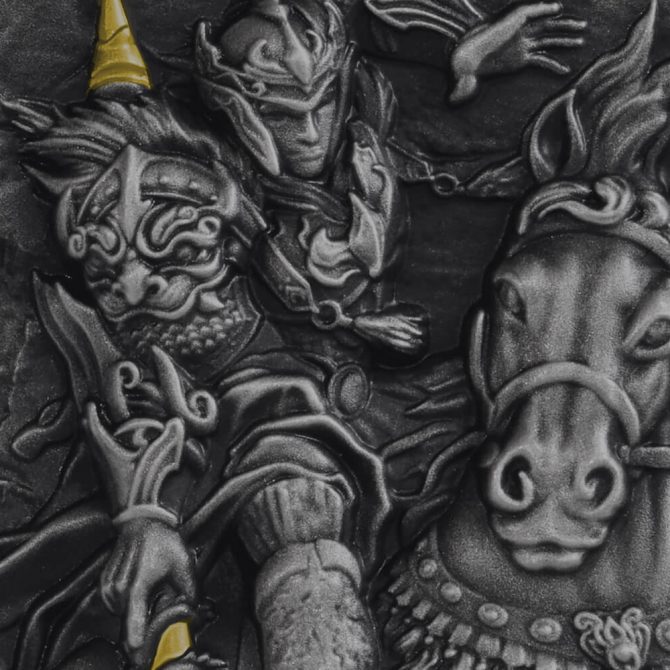 Romance of the Three Kingdoms, one of the four great pillars of Chinese literature (Journey to the West, Swamp Bandits and Dream in the Red Pavilion are the others). Its author, Luo Guanzhong, wrote it in the 14th century and drew on history and folklore to create a colourful tale that presents the political and social issues of the time.

It is regarded by many historians as a guide to military strategy and has been compared to Sun Tzu’s The Art of War. In its pages, readers meet dozens of iconic characters from Chinese history and witness battles of every scale. The Three Kingdoms is at the core of Chinese cultural identity, and especially the concept of yi that binds a harmonious society together.

When the lords and generals gather to vie for supremacy, three great leaders soon emerge. Their names are Liu Bei, Cao Cao and Sun Quan. These are men of formidable character, courage and cunning, and each of them wants to fulfil his ambitions. Each is king of his own kingdom – Shu, Wei and Wu, respectively – and each aspires to unite the empire, gathering “all under Heaven”, as they say.

With the help of the brightest minds and bravest hearts of the day, these three rise to power and begin an epic contest for the future of China.